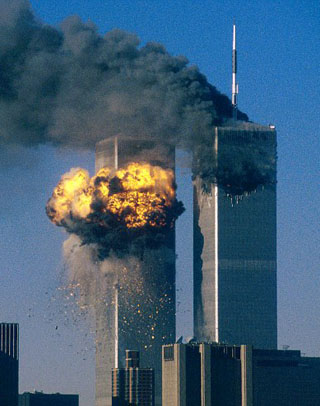 After the September 11 attacks in the USA new EU regulation 2320/2002 was implemented on January 1st 2003. This regulation was created to protect the civil aviation industry on both passenger and air cargo side.  Moreover, from that point on air cargo was divided in secured and unsecured.

A few exemptions were made for special types of air cargo such as transit or transfer from third countries outside the EU which was considered safe air cargo.

On April 29th 2010 EU regulation 2320/2002 and several amendments were replaced by the current EU Regulation 300/2008 in combination with EU regulation 185/2010. The purpose of this new regulation was to get a better cooperation between the different EU member states and meet higher levels of air cargo security.

There were a few changes in the exemptions, but air cargo in transit or transfer from third countries outside the EU was still considered as safe air cargo.

On October 29th 2010 two freight packages were seized in separate incidents containing improvised Explosive Devices (IED’s). Both boxes had been shipped by commercial carriers from Yemen with final destinations indicated in Chicago, USA.

Starting July 1st 2014 air cargo originating from red or white listed countries will be deemed as unsecured cargo unless the airline has been designated as an ACC3 by the appropriate authority from an EU member state. The out stations from in red and white countries must be validated to make sure the air cargo security measures meet the requirements as laid down in the latest EU regulations.  When the out station is not designated as an ACC3, then the airline cannot transport any cargo by air into the EU.

Air cargo originated from a green country are considered secured can be transported to the EU without a mandatory validation.

In order to start fresh the new regulation were implemented on of February 1st 2016. The restricted commission decision (c)2010/774 has also been replaced by a new restricted version. Please contact your ACC3 for any updates is order to keep complying to the latest standards

Check our services for validating ACC3 out stations, RA3 and KC3.